You are here: News and Events » Wychwood Kwik Cricket Tournament 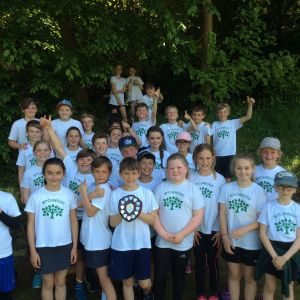 On Monday 22nd May, Mrs Bowden organised a Kwik Cricket Tournament at Wychwood Cricket Club. We entered three teams which meant taking 3o children. It was a gorgeous day (a little hotter than some expected) but most enjoyable.

At the event, it was split into three different tournaments and we had a team in each. We played against our Partnership schools: St Christopher's, Leafiled, Bampton, Burford and Brize Norton. The matches were competitive but also fun and it was great when someone made a catch or got a wicket. The boundaries weren't too big which meant lots of opportunities for hitting 4's and 6's!

Each team had a fantastic result by winning their individual tournament; Three out of three! The A team are now through to the next round against other schools. Good luck to them!

We would like to say a big thank you to Graham and all the committee at the Wychwood Cricket Club for allowing us to hold the day at the club and supporting the school.

We look forward to more cricket this term.