You are here: News and Events » West Oxfordshire Hockey Finals 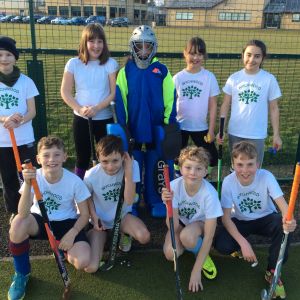 Our Y6 team qualified after winning the Burford partnership tournament back in October and took part in the finals this week. Unfortunately, the team had little preparation time after half term with their residential followed by snow!

This didn't stop the team and they were up for the challenge.

The finals took place at Wood Green School in Witney and this time was on astro-turf instead of grass; this was a new experience for many of the team.

In our pool we had 3 other teams to play.

The whole team were fantastic, working together and communicating well.

A fantastic effort from all. Well done!